From July 8th to July 12th I was on Prince Edward Island in Canada for the Open Repositories conference. I try to participate as a member of the OR committee, particularly in matters relating to the developer challenge which is a key part of the conference, when I can manage the early-morning conference calls with Europe and the North America. My trip was funded by my employer, the University of Western Sydney. In this report I'll talk about the conference overall, the developer challenge and the paper I presented, written with my colleague Peter Bugeia.

This was my first trip to Canada. I liked it. 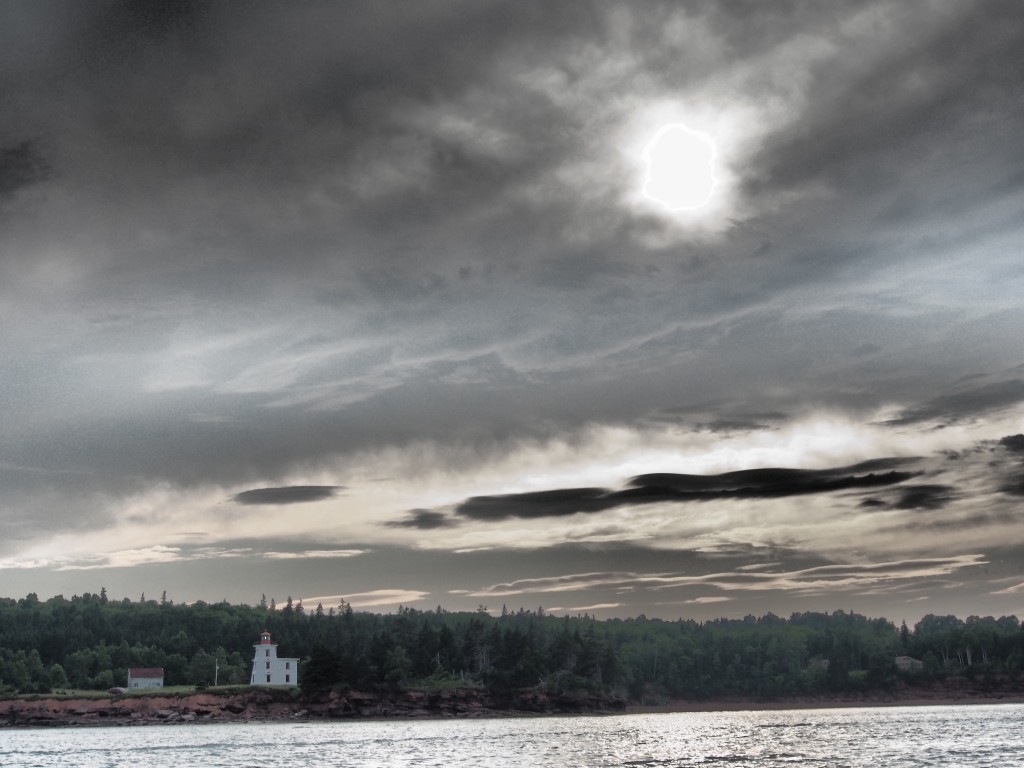 The main-track conference started and ended with talks which, to me at least, were above all about Research Integrity. We started with Vitoria Stodden's Re-use and Reproducibility: Opportunities and Challenges, which I'll cover in more detail below*.* One of Stodden's main themes was the gap in our scholarly practice and infrastructure where code and data repositories should be. It is no longer enough to publish research articles that make claims if those claims are impossible to evaluate or substantiate in the absence of the data and the code that support them. The closing talk touched on some of the same issues, looking at the current flawed and corruptible publishing system, claiming for example that the journal based rewards system encourages cheating. Both of these relate to repositories, in overlapping ways.

But OR is not just about the main track, which was well put together by Sarah Shreeves and Jon Dunn, it remains a practical, somewhat technical conference where software user and developer groups are also important strands and the Developer's Challenge is a key part of the event.

First up, the main conference. The theme this year was “Use, Reuse, Reproduce”. The call for proposals said:

Some specific areas of interest for OR2013 are:

These are all great things to talk about, and show how repositories, at least in universities as expanding from publications to data. The catch-phrase “Use, Reuse, Reproduce” is worthy, but I think maybe we're not there yet. What I saw and heard, which was of course just a sample, was more along the lines of “Here's what we're doing with research data” rather than stories about re-use of repository content or reproducible research. I hope that some of the work that's happening the Australian eResearch scene on Virtual Labs and eResearch tools finds its way to OR2014, as I think that these projects are starting to really join-up some of the basic data management infrastructure we've been building courtesy of the Australian National Data Service (ANDS) with research practices and workflows. It's the labs that will start to show the Use and Reuse and maybe some Reproduction.

Victoria Stodden's opening keynote was a coherent statement of some of the challenges facing scholarship, which is currently evaluated on the basis publications, citations and journals. But publications are most often not supported by data and/or code that can be used to check them, Stodden talked mainly about computationally-based research, but the problem affects many disciplines. For a keynote I found it little dry – there was only one picture, and I would have preferred a few stories or metaphors to make it more engaging. I was also hoping she'd talk about the difference between repeatability and reproducibility, which she did in another talk. Our community needs to get on top of this, so here's an 'aside-slide' from another of her talks:

*These citations are not in the reference list in the slide-deck.

Stodden made some references to repositories, summarized thus on The Twitter:

“@sparrowbarley: #OR2013 keynote, V Stodden called for sharing of data & code to "perfect the scholarly record" & "root out error"” #jiscmrd

#or2013 Victoria Stodden: A publication is actually an advertisement. Data and software code is what it is about as proof / reproducing

This was a useful contribution to Open Repositories – Reuse, Replicability, Reproducibility et al have to be amongst our raisons de etre. Just as the Open Access movement drove the initial wave of institutional publications repositories, the R words will drive the development of data and code repositories, both institutional and disciplinary. OR is a very grounded conference, for practitioners more than theorists, so I would expect that over the next decade we'll be talking about how to build the infrastructure to support researchers like Victoria, and the researchers we've been working with at UWS, which brings us to our talk.

## Our paper: 4a Data Management

The presentation I gave, written with Peter Bugeia talks about how UWS collaborated with Intersect, using money from the Australian National Data Service to work on a suite of projects that cover the four As. It's up on the UWS eResearch blog and with slightly cleaned-up formatting on my own site.

At the University of Western Sydney we've been working on end-to-end data management. The goal of being able to support the R words for researchers is certainly behind what we're doing but before we get results in that area we have to build some basic infrastructure. For the purposes of this paper, then, we settled on the idea of talking about a set of 'A' words that we have tried to address with useful services:

(note the accidental alignment with Victoria Stodden's comment that an article is an ad.)

Note that the A words have been retrofitted to the project as a rhetorical device, this is not the framework used to develop the services

Everyone in the repository world knows that “if we build it they will come” is not going to work, which is why this is not just about Archiving and Advertising, two core traditional repository roles, it's about providing services for Acquiring and Acting data for researchers. Reproducibility et al are going to be more and more important to the conduct of research, and as awareness of this spreads the most successful researchers will be the ones who are already making sure their data and code are well looked after and well described.

Jean-Claude Guédon's wrap up complemented the opening well, drawing together a lot of familiar threads around open access, and looking at the way the scholarly rewards system has created a crisis in research integrity, he rehearsed the familiar argument that journal-level metrics are not useful, and can be counter-productive, calling for an article-level measuring system which can operate independently of the publishing companies who control so much of our current environment. He warned against letting corporations take 'our' data and sell that back to us as well. There was nothing really ground breaking here, but it was a timely reminder to think about why we're even at a conference called Open Repositories.

Like Stodden, Guédon didn't offer much of a roadmap for the repository movement, which after all is our job, although he did try talk in context maybe a little more than Stodden's opening which, while it did reference repositories had the air of a well-practiced stump-speech.

This year the develop challenge judging panel was decisively chaired by Sarah Shreeves who was also on the program committee. We struggled to get entrants this time – this still needs some analysis, but at this stage it looks like the relatively remote location meant that many developers didn't get funding to attend, and we had a little confusion around a new experiment for this year which was a non-compulsory hackfest a few kilometers from the main venue which left a couple people thinking they'd missed out on a chance to join in. And the big one was that there was no dedicated on-the-ground dev wrangler on hand; for the last several years JISC have been able to send staff, notably Mahendra Mahey. I did try to encourage teams to enter, with modest success, but Mahendra was definitely missed.

This year we based the judging on the criteria I put together last year in the form of a manifesto about the values of the conference. I think that helped focus the judging process and feedback was generally good from the panel but we'll see how people feel after some reflection. I talked about this in the wrap-up. Torsten Reimer got the heart of it:

Robin Rice (front left) had organized a photo of the smuggler's den in which we convened:

The Dev Challenge judges are convening in an appropriate venue. #OR2013 pic.twitter.com/ToIkzQueeb

The committee is putting together a manual for future organizers, and I will be suggesting something along these lines:

## The future of Fedora

I was really interested in the new Fedora Futures / Fedora 4 project (FF). Fedora is the back-end repository component behind projects like Islandora, Hydra (parts of which power the HCS virtual laboratory) and optionally for ReDBOX.

The new Fedora project is not ready for real use yet, but it shows lots of promise as a simple-to-use linked-data-ready data storage layer for eResearch projects, where you want to keep data and metadata about that data. New built-in self-repairing clustering and a simple REST interface make it appealing.

I was particularly excited about the (promised) ability for FF to be able to run on top of an existing file tree and provide repository-like services over the files. This is exactly what we have been looking for in the Cr8it project, where the idea is to bridge the yawning chasm from work-in-progress research files to well described data sets. Small detail: doesn't actually do what I fondly hoped it would yet I wanted to be able to point it at a set of files, have it extract metadata and generate derived views and previews, allow extra metadata to be linked to files and watch for changes. Working on that.

## The venue and all that

Prince Edward Island took some getting to for some of us, but it was worth it. Mark Leggot's team at UPEI and the related spin-off company Discovery Garden were consummate hosts and Charlottetown was a great size for a few hundred conference attendees; it was impossible not to network unless you stayed in your hotel room. I didn't. I particularly appreciated the local CD in the conference bag. Mine is Clocks and Hearts Keep Going by Tanya Davis, laid-back pop-folk, which kind of reminded me of The Be Good Tanyas, in a good way, and no not because of the Tanya thing, but it may be a Canadian thing. And there were decent local bands at the conference dinner, which was held in three adjacent restaurants and involved oysters and lobsters, like just about every other meal on PEI. 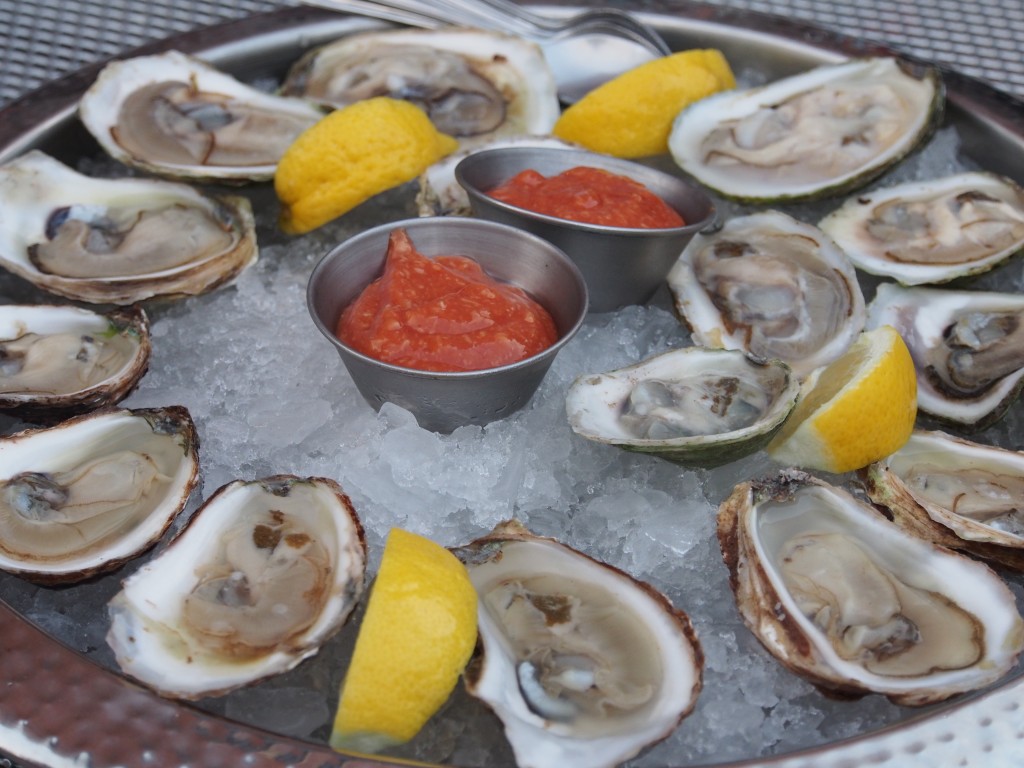 Just about everyone I went to dinner with was obsessed with these things, and I do think they might be better than the ones we have here

There was pretty good fish and chips too.