ptsefton.com
## Context: free cloud servers, a workshop and an idea

In this post I look at some work we’ve been doing at the University of Western Sydney eResearch group on visualizing metadata about research data, in a geographical context. The goal is to build a data discovery service; one interface we’re exploring is the ability to ‘fly’ around Google Earth looking for data, from Research Data Australia (RDA). For example, a researcher could follow a major river and see what data collections there are along its course that might be of (re-)use. True, you can search the RDA site by dragging a marker on a map but this experiment is a more immersive approach to exploring the same data.

The post is a quick update on a work in progress, with some not very original reflections on the use of cloud servers. I am putting it here on my own blog first, will do a human-readable summary over at UWS soon, any suggestions or questions welcome.

You can try this out if you have Google Earth by downloading a KML file. This is a demo service only – let us know how you go.

This work was inspired by a workshop on cloud computing: this week Andrew (Alf) Leahy and I  attended  a NeCTAR and Australian National Data Service (ANDS) one day event, along with several UWS staff. The unstoppable David Flanders from ANDS asked us to run a ‘dojo’, giving technically proficient researchers and eResearch collaborators a hand-on experience with the NeCTAR research cloud, where all Australian University researchers with access to the Australian Access Federation login system are entitled to run free cloud-hosted virtual servers. Free servers! Not to mention post-workshop beer^[i]^. So senseis Alf and and PT  worked with a small group of ‘black belts’ in a workshop loosely focused on geo-spatial data. Our idea was “Visualizing the distribution of data collections in Research Data Australia using Google Earth”^[ii]^. We’d been working on a demo of how this might be done for a few days, which we more-or less got running on the train from the Blue Mountains in to Sydney Uni in the morning.

We will work some more on this little very part-time project, but here’s a snapshot of where we are at the moment with our mission of getting RDA data into Google Earth. 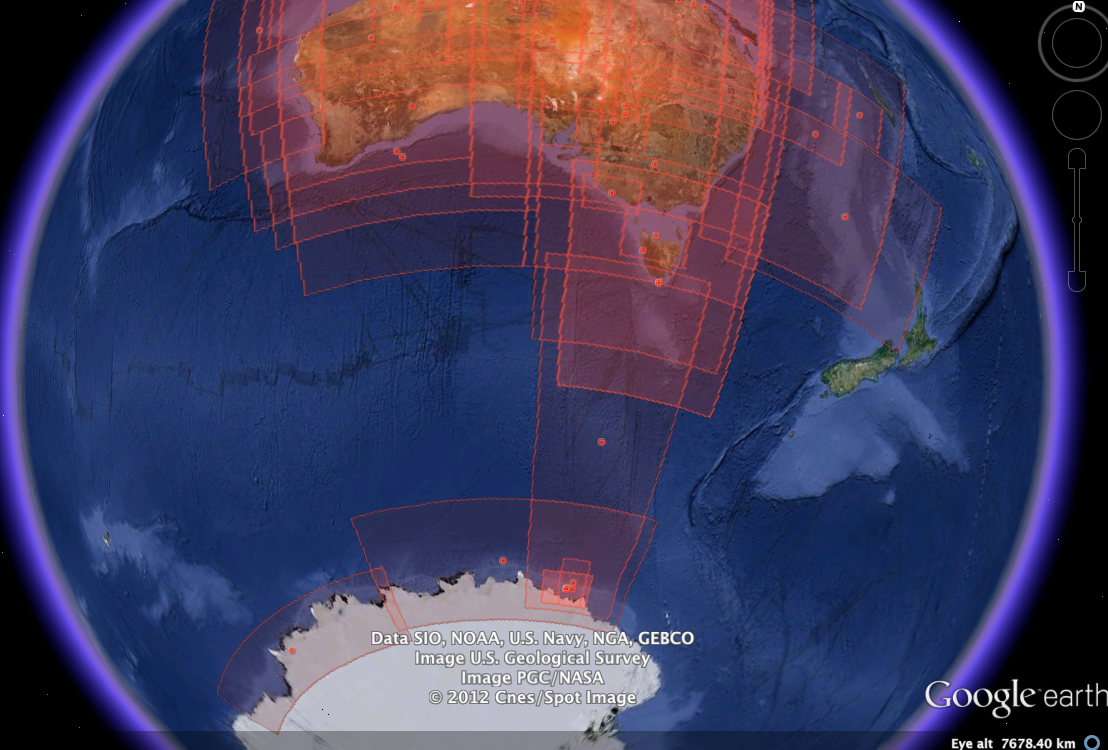 Figure 1 Screenshot of data sets from Research Data Australia mapped onto the earth (visualized via their bounding boxes from the data collection metadata) from a long way up (the sets with the (claimed) broadest geographical coverage show up first, more appear as you zoom in)

Right now the experience is basic, but engaging, just using the geometry provided in RDA collections and without changing any of the default ANDS styles you can see a ‘heat map’ of where data have been collected. Speaking of heat it seems Aussie researchers prefer the more northerly latitudes to the South pole, as a place to take a few readings, or catch a few rays. 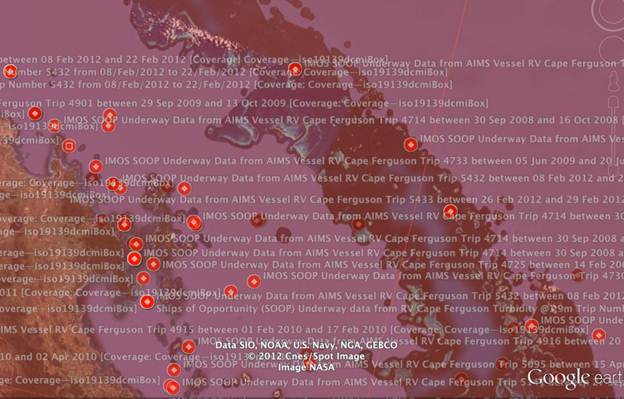 Figure 2 Zooming in on research hotspots like The Reef shows how crowded it is there – we’re limiting this to 40 boxes or points per screen, so keep drilling to find more 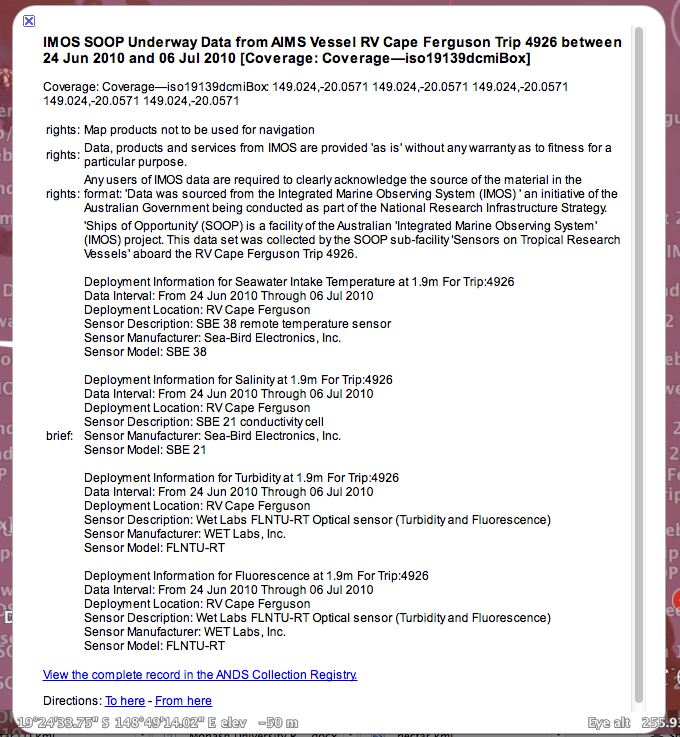 Why are we doing this?

The current architecture of our demo is, to say the least, baroque. There is a lot of backwards and forwards between systems to get to the interaction between a user and Google Earth (bottom right of the diagram). That’s perfect for exploring cloud services but maybe not ideal for a ‘real’ service. It does show, however that using existing systems with open interfaces you can stitch something together fairly quickly. This will improve as packaged eResearch appliances start appearing at NeCTAR.

We have now deployed part of this on our own server so we can leave it running and shut down the NeCTAR servers so they don’t use up our allowances.

Key to the diagram:

Note that the only user-facing system is Google Earth all the rest is back-end stuff. None of the work we did needed any kind of user interface at all.

If  you’re really brave, you can check out the code and try to get it to run by following the readme file. Warning, there are hard-coded URLS everywhere that one bit talks to another that you WILL need to change. I’ll help if you email me but this is not a packaged application, it’s a demo. 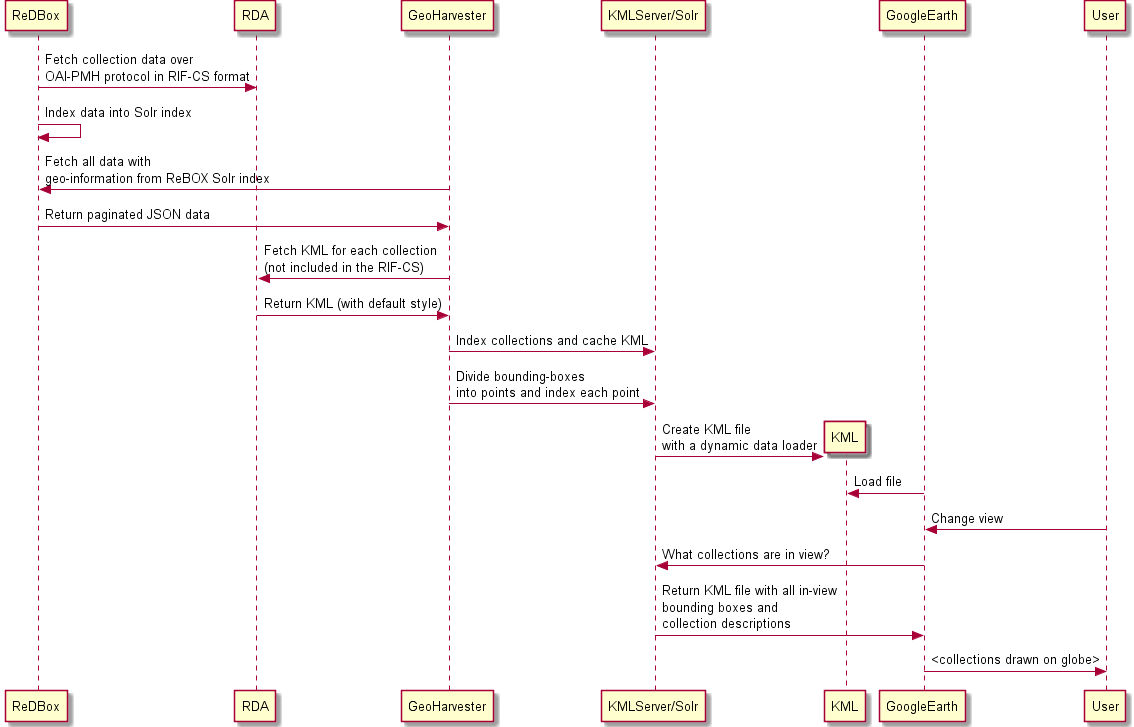 Figure 4 We could possibly have made this more complicated, but it's hard to see how

Building this first-take has taken us a step closer to our goal of having an immersive demo for exploring data collections, ready for eResearch Australasia. Along the way we learned a few lessons.

^[ii]^ As it turned out we didn’t look at this demo in our Dojo, instead we tackled getting a resource hungry desktop application called Gplates, which does interactive visualization of plate-tectonics, running on the cloud. We got it going, but didn’t solve the problem of how to move the heavy number crunching to the cloud and have the result display back at the desk.