In this post I introduce a little command line Python script designed to report on who you (and your team) have been interacting with via email. Given access to an IMAP email server (including Office 365), and an LDAP server with some divisional or organisational grouping info it will draw bar-charts to show which divisions you've been talking to, including being able to aggregate information. It will almost certainly need some adapting to work outside of UTS but if anyone's up for that then maybe we can turn it into a more general-purpose tool.

At work, we have a monthly reporting cycle which we're constantly trying to optimise. One of the problem areas has been how to efficiently track and demonstrate how we're engaging with our internal stakeholders and clients. A lot of interaction is captured in the help desk system, but not all. We've tossed around various ideas for capturing interactions, including local CRM (bad idea), spreadsheets or time-logging systems (yuck), recording everything in a wiki or project system (we do, but adding enough metdata to generate reports would basically mean inventing a CRM (really bad idea).

Then Matt from our team had an idea: why not mine our email? We tossed around a few ways to do this, involving special mailboxes, and forwarding important interactions, and I had a play with the idea on one of my long train commutes. Eventually I settled on a slightly different approach, investing about a day's work time in a script:

Once you have had your team all run the script to generate a summary report each, you can aggregate the results. Here's an anonymised result showing five of the eResearch team's interactions with eight faculties and institutes. Oh, did I mention there are flags to anonymise group and individual's names? 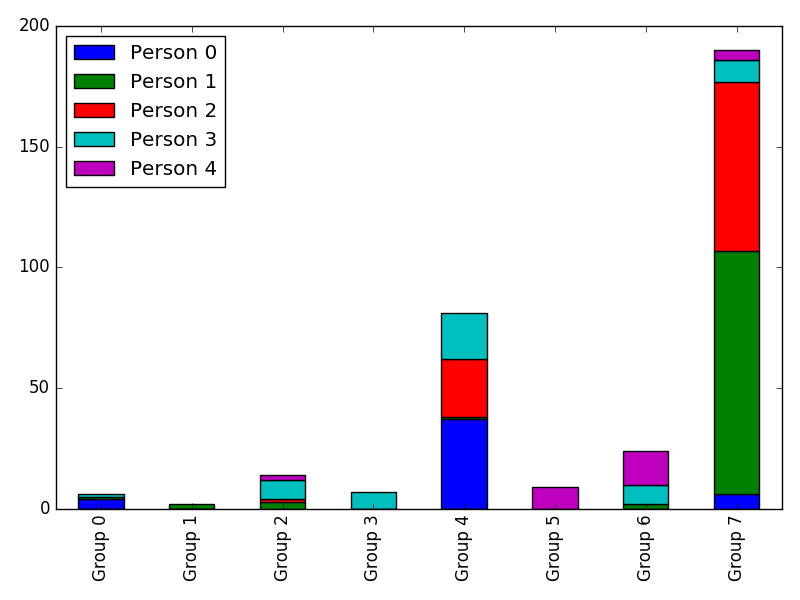