Alf (Andrew) Leahy and I were recently in Melbourne for the NeCTAR Über Dojo event.

By coming to this two day event you will be able to go back to your institution with a signed certificate showing that you've been 'black belted' as a Cloud expert, specifically we'll train and qualify you in using the following tools and data in the Cloud:

The climax of this thing was an Iron Chef-style challenge. This is an initial rough post about our two hour hack (which we cleaned up over a few more hours post-event). Andrew will write up the event for the UWS eResearch blog. Thanks to Remko Duursma and Craig Barton for letting use their code and data for the demo. 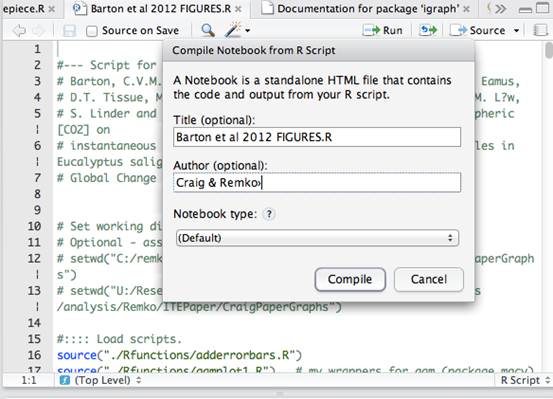 *Hawkesbury Institute for the Environment 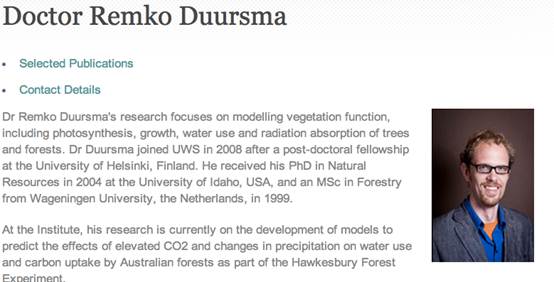 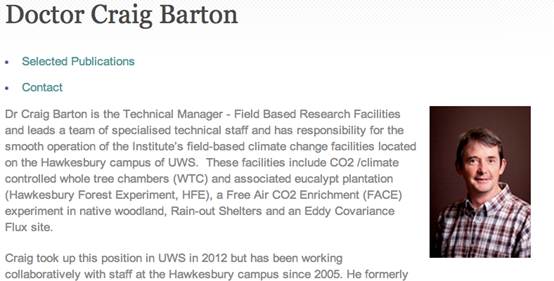 ## This R Notebook shows code and output together in HTML 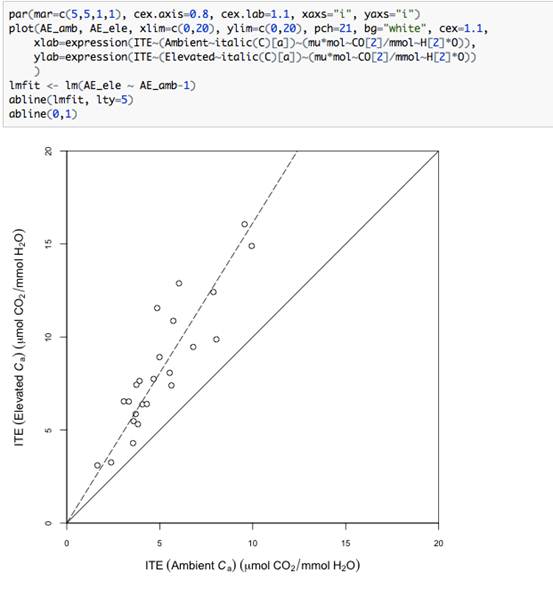 The night before the challenge I asked Remko and Craig if we could use some sample data and R code:

Andrew (Alf) and I are at a workshop in Melbourne - I was wondering if I can use this as a demo tomorrow - ie it will appear on screen but not be made available over the net. The short notice is because the idea has only emerged today.

The thing we'd be demoing would be to _simulate_ the following: 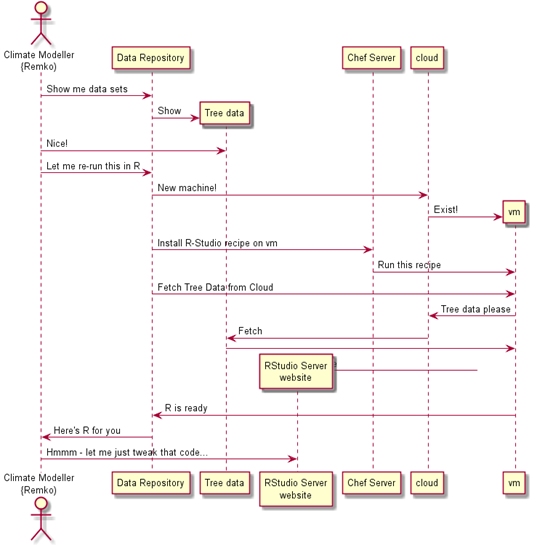 That sounds fantastic. Please go ahead! Wait actually those are Craig's data :)**

YES that is perfect!

**Craig gave us the go-ahead as well

We have written a simple CGI web script in Python which simulates a repository, with the capacity to orchestrate the below: 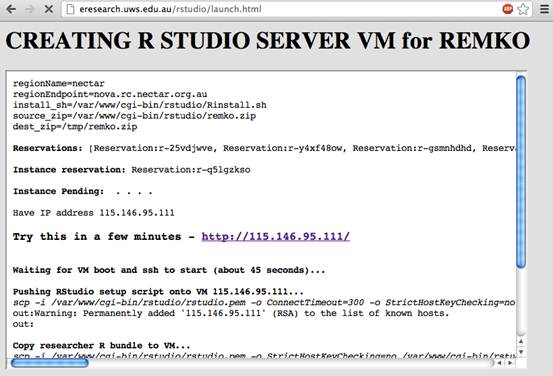 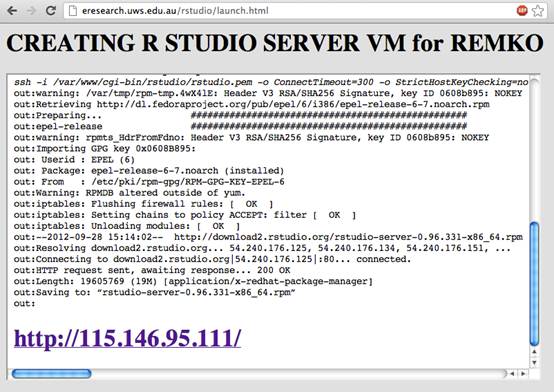 *This process is really too slow to do on-demand, we should launch from a pre-built snapshot. And the automation here is really hacky and crude – it would be better to do it using something like Chef but that’s not a one-day project if you have never used it before. 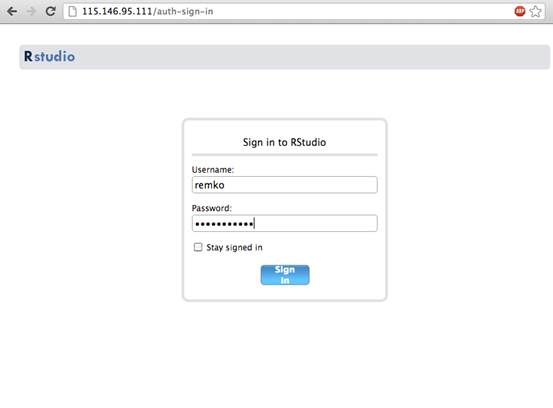 TODO: Automate the login by passing some kind of token? 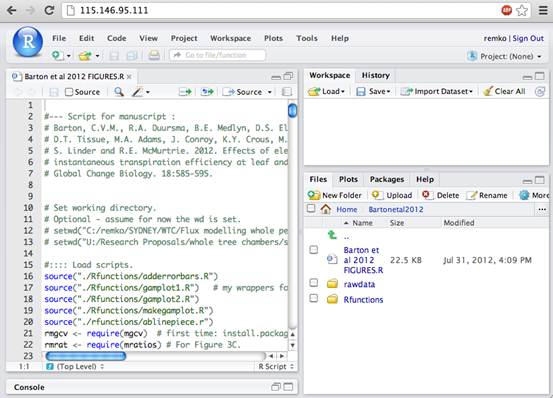 *We have not automated the installation of Knitr – so no R Notebook yet, but the code is runnable, and will spit out plot-images

The code we produced is demo quality hack-day code. This is not something you’d use in real life but we’re releasing it on Google Code as an example and so we can remember where to start when we come back to this and try to do it properly, maybe as part of the data capture project at the Hawkesbury Institute for the Environment.